“Candid camera… Frank Aldana of Boise smiles and takes a picture of the photographer as he and Bill Clements of Roseville, California run past the Bayhorse mill toward a food and aid station on one of the morning legs of their 100-kilometer run. See more photos inside. Todd Adams photo”

About 300 runners participated in the first annual River of No Return (RONR) Endurance Runs that started and finished at the Challis High School track Saturday and took runners on cross-country courses some described as brutal and others said were fun.
Most of the elite runners tackled the 100 kilometer (62-mile) and 50K (31-mile) courses, while others opted for the 25K (16-mile) run. An army of 80-100 volunteers manned food and aid stations, patrolled the trails on motorcycles and ATVs and more.

Some 20 runners started but didn’t finish the 100K and 50K races, while all 25K runners finished, organizer and course designer Paul Lind said.

All told, counting families, probably 1,000 people came to town for the event, Lind estimates, and were well-received by friendly townsfolk cheering them on. Some restaurants and businesses might have been caught off guard, so race organizers plan to do a better job of getting the word out to locals for next year.

Runners from Challis participated in all races, with four finishing the 100K (including teenagers Tanner Redick, 18, and Ben Landes, 15, now of Juneau, Alaska); two finishing the 50K only five minutes apart (Jan Holmgren and Brenda Dizes, who traded the lead in their age group back and forth); and 17 Challis residents finishing the 25K. Several others who once called Challis home ran, and most finished. Stephanie Helm, for example, now of Boise, was the second-place woman finisher in the 25K, minutes behind a very distinguished runner, Andrija Barker of Caldwell.

With steep terrain that saw 100K runners gain nearly 16,000 feet of elevation and lose another 16,000 feet through five drainages, five creek crossings, rocks, some hard pavement and hot weather, most mortals would call that course brutal. The cross-country course’s terrain is rated highest on the scale, Lind said.

Jeremy Humphrey of McCall and Patrick Murphy of Missoula, who finished first and second and are among the top endurance runners in the nation, didn’t describe the 100K course that way.

Humphey, who ran sub-nine minute miles for 9 hours, 15 minutes and 28 seconds, said it wasn’t the toughest terrain Idaho has to offer, so he had time to look around and appreciate the loop from Challis-Birch Creek saddle-Keystone-Bayhorse townsite-Squaw Creek-Yankee Fork-Buster Lake and Garden Creek, where runners continually saw new terrain over trails and sections of the Custer Motorway. The 50K runners crossed over the same section of ATV trail between the Keystone aid station and Bayhorse townsite, running down and back up Beardsley Gulch.

Humphrey led all day, from gun to finish, but Murphy was always close. “I could feel him all day,” Humphrey said. Murphy, who finished a little over 9 minutes after Humphrey in 9:25:05, was climbing stronger and faster on the uphill sections. Humphrey said he kept his lead on the flats and downhills, although the last 12 miles down from Buster Lake was tough, especially on pavement.

Murphy chose to run because he’s seen the Salmon River terrain on drives from Missoula to Boise and wanted to give it a try.

Complete results, course maps and descriptions are available at the runchallis.com website. There’s also a page on Facebook.

The course records, posted by some of the top runners in the United States, will be hard to beat and will only be overturned in future years by world-class athletes, Lind told The Challis Messenger.

Winning times in all three races were “absolutely very top notch,” Lind said. “It was pretty humbling for these kind of runners to show up in Challis for first-year event.” Some of that speaks to Lind’s reputation as an ultra marathon runner and coach for winning Challis track and cross-country teams, but not all. His father, marathon runner Bob Lind, has been associated with endurance races since 1974 and served as medical director for a 100-mile run in California.

Paul Lind already has scheduled the second annual RONR Endurance Runs for June 20, 2015 and is uncertain whether to expand or keep it to around 300 runners.

There were no serious injuries for the first event, Lind said, although some athletes were treated for dehydration and heat conditions while others suffered aches, pains, blisters and minor wounds from a fall or two. Colder temperatures and rain and snow the previous week would have made for ideal conditions.

“I think we put on an excellent event for its first year,” Lind told The Messenger. “We’ve had an incredible amount of good comments.”

“Paul did a really good job with this run,” Jan Holmgren told The Messenger. “He organized it well. It’s a fun course, very characteristic of Challis, straight up and down. That’s fun.”

This was a big endurance run for a small town like Challis to pull off so well, Lind said. That speaks to good volunteers, many of whom were Lind’s friends and family, plus good support from Challis residents and businesses, plus the Forest Service, BLM, Idaho Department of Parks and Recreation, and Custer County Search and Rescue volunteers. “They all were incredibly good to work with,” Lind said. Search and rescue volunteers patrolled trails and roads from 6 a.m. to midnight on ATVs and horseback in remote areas. “We couldn’t have pulled it off without them.”

Lind was glad the event fell on the summer solstice, for maximum daylight running hours. Still, some 100K runners finished after dark, with the last, a 51-year-old Boise man, coming in at 1:45 a.m. in a time of 19 hours and 45 minutes.

“I could not believe the number of Challis runners who took this on,” Lind said, pointing out the endurance races were way beyond the 5-10K Mile High Fun Run (formally known as the Chucker Run).

Lind did not promote or encourage any of his students to run these distances, since most are still growing. Lind had to personally approve all runners 18 and under and had been seriously discussing the 100K event with Tanner Redick and Ben Landes for about a year. “I was very emotional when those two finished,” Lind said. Ages 18 and 15, they showed incredible maturity, physical and mental toughness.

With Lind’s winning cross-country and track teams, Challis is already on the running map, but the endurance races have solidified that place. 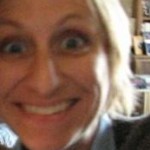